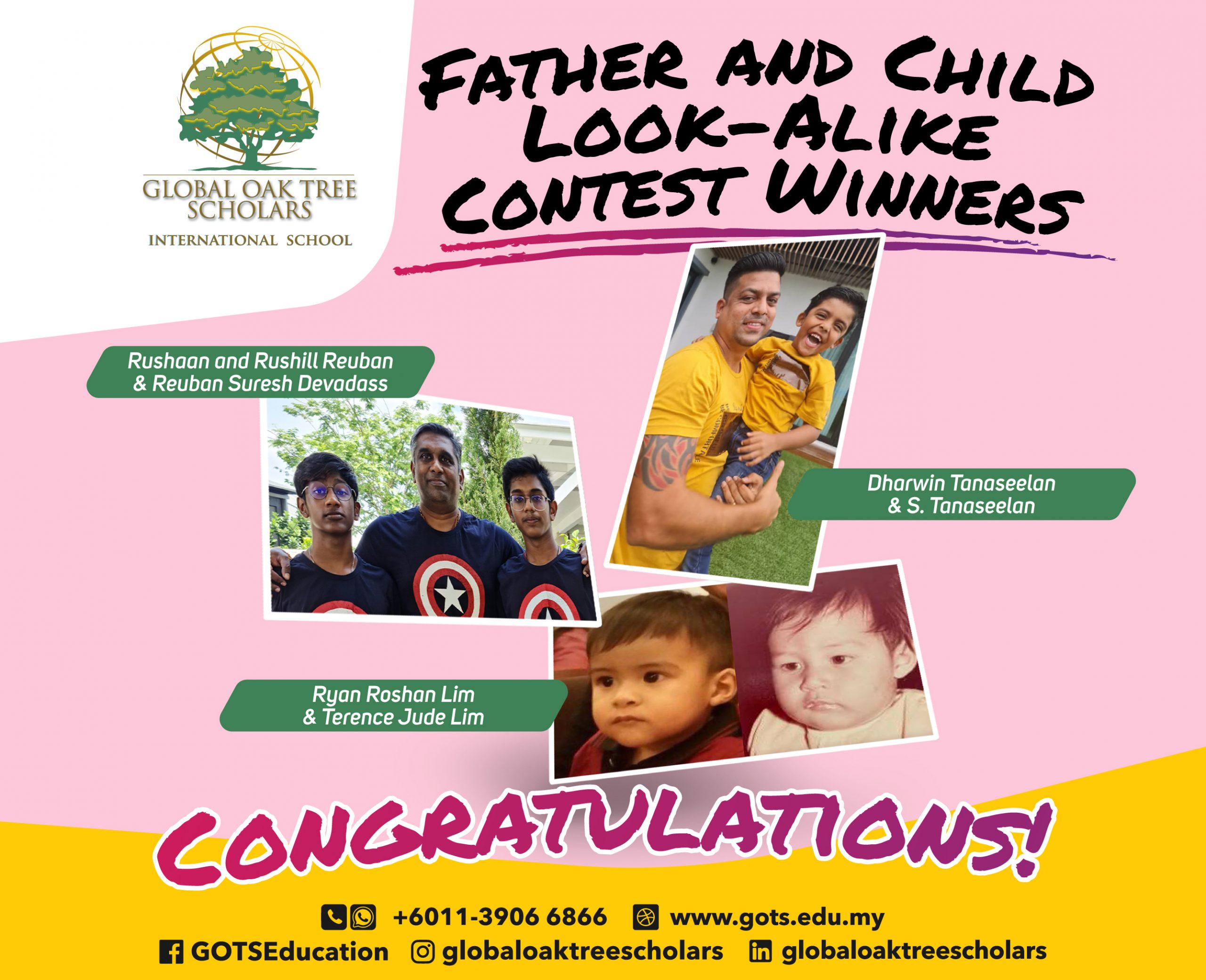 Father’s Day falls on the third Sunday in June.

This year, it was celebrated when Global Oak Tree Scholars (GOTS) International School was on its month-long mid-term break.

With parents and children locked down at home due to the Movement Control Order, the school organised a Father and Child Look-Alike contest to liven up everyone’s spirits.

And it was a smashing success. Eventually, Dharwin Tanaseelan, Rushaan and Rushill Reuban and Ryan Roshan Lim were voted the ones who looked most like their fathers.

Ryan’s father, Terence Jude Lim, submitted a photograph of himself and Ryan as toddlers.

Rushaan and Rushill, meanwhile, posed in their Captain America T-shirts and black jeans with their dad, Reuban Suresh Devadass.

S. Tanaseelan chose to submit a picture of him holding Dharwin, and it caught the voters’ attention.

Winners received a RM50 voucher, which they may set off against the school fees or uniform fees.

“We were pleasantly surprised by the entries. We did not anticipate the many creative poses adopted by some of you!” said co-founder Veronica Shepherdson.

“There was plenty of excitement watching the votes being tabulated.”

All contests were opened to public voting.